Did you know that our Spring tradition of egg decorating is one of the oldest decorative arts? While archaeologists have long known of decorated ostrich shell pieces in Africa, a team led by Pierre-Jean Texier in 2010 found a cache of decorated ostrich eggs in South Africa dating 65,000 to 55,000 years (1)!

Eggs are part of the creation myths of many peoples, the “cosmic egg” from which all or parts of the universe arises. They often symbolize life, renewal, and rebirth, and we see them in much of human folklore, used for healing and protection. Around the world and across cultures, people decorate eggs to celebrate their symbolism, particularly to celebrate the coming spring. For example, Iranians decorate eggs to honour Nowruz, the Iranian New Year, which falls on the Spring Equinox. This tradition has ancient roots in Persia and Zoroastrianism, but is now practiced across Eurasia by Persian and Turkic peoples of various faiths. Christians celebrate the egg at Easter, to honour the resurrection of Jesus Christ. In China, red eggs are given as gifts to a bride and groom, and are also a gift for a new born boy. The egg symbolizes fertility and health, so the egg is supposed grant fertility to a married couple, and to protect the newborn child and bring him good fortune.

So it’s no surprise that in a community as diverse as Parkdale, Creating Together would host an egg decorating extravaganza for Spring! We hope you enjoyed it celebrating this ancient tradition with us!

Don’t forget to check out our Calendar to see what else is in store for April! 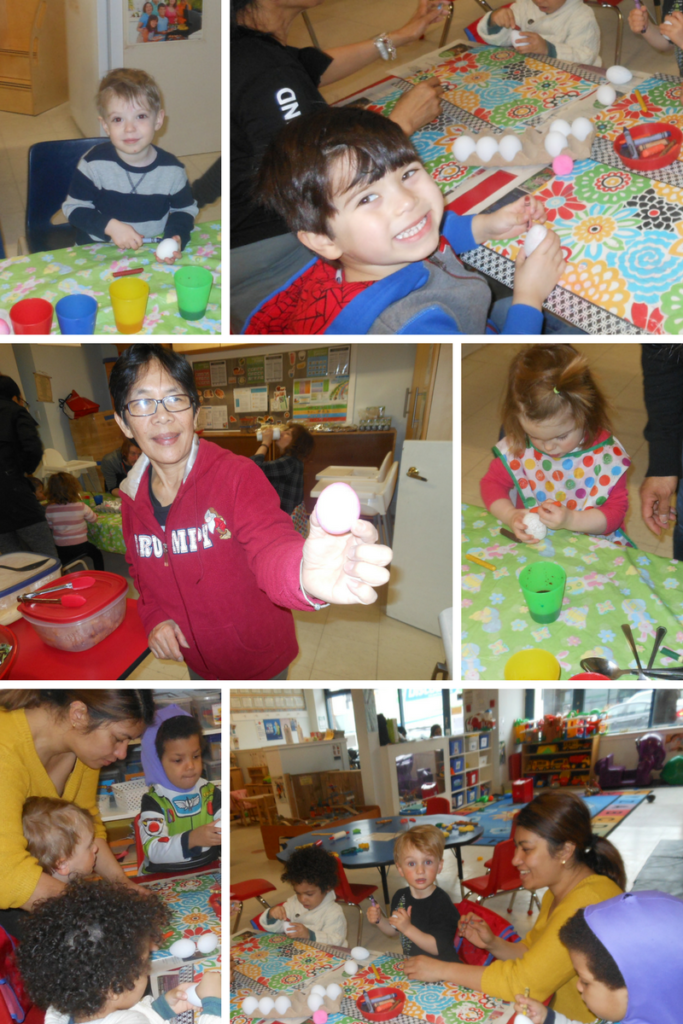